E Pluribus Unum (The KKK Doesn't Exist in a Vaccuum)

I'm furious with the KKK. They threaten what I hold dear - my Jewish brother and his family, my black friends, and my colleagues of many faiths and races. The KKK is an egregious legacy of chattel slavery in America. But they are not the only one. As much as the US Constitution and Christianity had to do with advancing civil rights in this country, the same could be said in the other direction. The US Constitution and Christianity keep the 400 year legacy of racism alive and well with embedded racial biases. I have no trouble claiming that paradox because I see myself as a microcosm of it.  One of the confessional claims of my faith tradition is that I'm saint and sinner at the same time - imperfect and beloved by God.  Why wouldn't it be so when it comes to racism as well?

'There's always a scapegoat' goes the theory of Rene Girard. There's always someone to blame. For the KKK, the scapegoats are black, brown, Jewish, and Muslim people. For other white people like me, the KKK can be an easy scapegoat that absolves us from the ways we perpetuate racial bias in government, law enforcement, religion, real estate, education, and commerce.  There is more work to do while also righteously denouncing the KKK in Charlottesville, VA.  Let it begin with me. 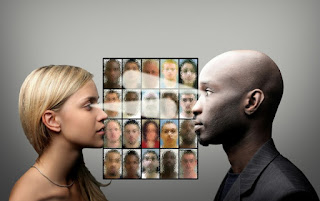 Posted by Caitlin Trussell at 10:30 AM