Mardi Gras, Manning, and Newton [disclaimer: I like football]

It's not lost on me that the Broncos' parade celebrating their Super Bowl win coincides with Mardi Gras this year. My mind is full of images of Newton's smile and swagger.  He's delightfully fun and larger than life. Manning's career includes such a long list of "the most" and "the best" that I regularly wonder what data the NFL doesn't collect.  Reading his comments on leadership, team work, practice, resiliency, and staying in the moment often inspires reflection.

My mind is also full of images of the fragility of the body and the spirit. Manning's 39 year old body is no longer as willing or able as his mind. The Broncos' win really did take a team of "53" even though his leadership is included in that number. The Carolina Panthers' loss shrunk Newton into a shadow of himself. The criticism of his press conference behavior has become an intellectual feeding frenzy.

The fun of watching football includes: the surreal athleticism; the complexity of the game; the social dynamics of institution, fans, players, leaders, and followers; the guilty pleasure of cheering heroes and booing villains even if contrived categories; and hanging out with my husband.  The struggle of watching football is the greed, the institutionalism, the injuries, the rage, and the hangers-on that feed off the NFL like sex traffickers and gambling conglomerates.

Here's what I can't shake as a Broncos fan and as a pastor this Mardi Gras, the day before Ash Wednesday. This last week of football fits these two days.  Mardi Gras, in the most simplest of explanations, is a big party of excess before the austerity and repentance of the six weeks of Lent that lead up to Easter.  This development of "let's sin a bunch before we have to repent" is more recent in its history.

There are glaring excesses and abuses within the NFL.  Hence, the Mardi Gras comparison. The excesses and abuses are well documented elsewhere and, along with the fragility of Manning and the shadow of Newton, scream Ash Wednesday to me. On Ash Wednesday, there is an honesty about ourselves that includes acknowledging our brokenness.  The churchy language is confession of sin.  There is also an honesty about our fragile bodies as ashes are put on our forehead with the words spoken, "Remember that you are dust, and to dust you shall return."  We hear these words and more as we're told that there is nothing we can do or not do that would make God love us any more or any less.

On Ash Wednesday, I look forward to the honesty, accountability, and love.  It's real and raw and hopeful.  It's a relief sweeter than any king cake could possibly be. 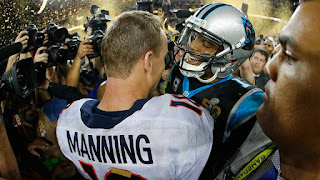 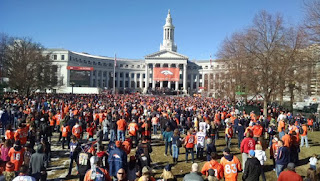 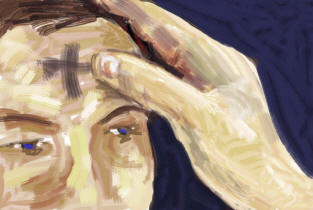 Posted by Caitlin Trussell at 12:55 PM